If Bitcoin is ever going to the moon, this might be the perfect opportunity for it to do so. After surviving the scare of China’s crypto ban and the increased volatility at the beginning of the year involving Tesla and their changed narrative about accepting Bitcoin, the cryptocurrency market leader has leaped in strides to take on new opportunities in the $50,000 and $60,000 zone.

$60,000 as a new support level is not enough evidence that Bitcoin will hit the $100,000 mark. Although there are huge call option bets on the $100,000 and $200,000 strike price, it’s important to know these five undeniable proofs before buying cryptocurrencies. All they suggest is that the current price would be a temporary level, and we might be seeing a bull run into 2022. Let’s get into it.

Following the massive spending on the coronavirus, inflation fears have reached fearful heights. The Federal Reserve announced that it would be transitory, but recent releases suggest they are prepared for longer inflation and higher rates. With this, the US dollar will lose its value, and smart investors are already seeking an escape route; Gold and Bitcoin.

Talks are ongoing about taxing unrealized gains. This means when you buy Bitcoin and make a profit, your profit is taxed even before you sell. It doesn’t look like it will affect cryptocurrency prices because of her decentralized nature. Still, when stocks and bonds are affected, you’d expect people to come to cryptocurrency as a haven.

There are also talks in crypto circles about how much disrupting Bitcoin will be to traditional investing. If this is anything to go by, the bullish signal is bright

The current charts of cryptocurrencies under different real-time frames mirror the 2017 bulk run closely. Remember it? Let’s refresh our memory. Bitcoin started 2017 hovering around the $900 mark. The expectation was for it to cross the $1000 mark to begin the year, but China’s stiff regulatory measures hampered the good news. If anything, no one expected what was to follow as The Securities and Exchange Commission rejected the Bitcoin ETF proposal by the Winklevoss twins.

The market dipped as much as 30% in March when the news came out, but all the while, it kept hovering around the $1,000 mark. Crypto bears seemed to have won the year until Bitcoin started its amazing 5-month run from May till September. The Bitcoin news also birthed many initial coin offerings, as that time doubled as one of the most prevalent initial coin offering periods for most altcoins. The current Bitcoin price actions are very similar to the 2017 charts, and we probably will experience a Bitcoin price blowout at the end of the year.

It’s the season of institutional Investment in Bitcoin. The approval of the first bitcoin ETF was poised to page the way for other Traded funds, and it has not failed to deliver. VanEck ETF is the new name on the block, and it seems like a win after years of trying to get a Bitcoin ETF listed.

This does not mean trading platforms like Redot or Binance will go out of business. What it means is that there is a new way of exposure to buying cryptocurrencies without going through the risks of cryptocurrency, like wallet loss or keeping private keys.

VanEck’s Bitcoin ETF will trade under the ticket ‘XBTF’ and start as soon as November with a 0.65% management fee. The first Bitcoin ETF, Proshare ETF, gave the Bitcoin market some momentum, although the next one, Valkyrie, didn’t garner as much Bitcoin news hype. Since VanEck is a popular name in crypto circles, we expect the market to respond to the news of its ETF after the Securities and Exchange Commission makes its final verdict on November 14.

This current Bitcoin ETF rave can be compared to Gold’s ETF listings at the turn of the century when the first ETF got over a billion dollars on its first three days of trading on the New York Stock Exchange.

The supply of bitcoin is a crucial point to note during bull runs. Investors are usually cautious and would want to take back their profits with the hope of buying at a lower price, and seeing that history (most notably in May this year) has been unkind to those who hold the top in the short term, their fears seem justifiable.

When there’s a massive inflow of Bitcoin into centralized exchanges like Binance, Redot, and Coinbase, it is usually a signal for massive selling ahead. Strangely, Bitcoin inflow has been falling since the market last crashed in May.

There has also been a lot of active buying on derivative exchanges in recent weeks.

October has been tagged Uptober by crypto traders because it mostly signals the return of a bull market. It has been historically seen to be the period with the most greed and optimism in the market. The shouts of ‘To the moon’ are heard loudest, and the Fear/Greed index is usually very skewed towards greed. In the early days of October, the index was on ‘Extreme Greed’ at a rating of 95/100, raising fears of a bubble market, but it has since reduced to ‘Greed,’ ranking around 72/100.

Seeing that the fear index since July has been around the 70/100 mark, it looks like it has consolidated well enough. While we cannot put up with an extremely greedy market, the skepticism in the market shows if we grow slow enough, the bull market will last longer. It looks like the case of the patient’s dog eating the fattest bone. But this time, the patient’s dog is reaching for the moon. 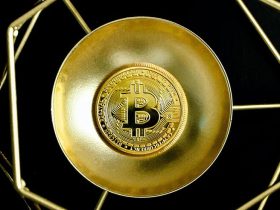 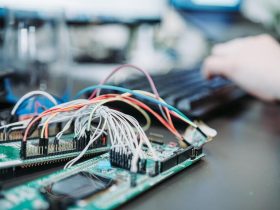 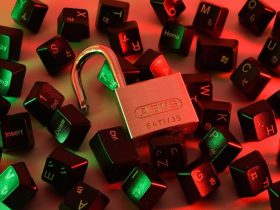 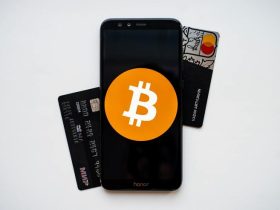