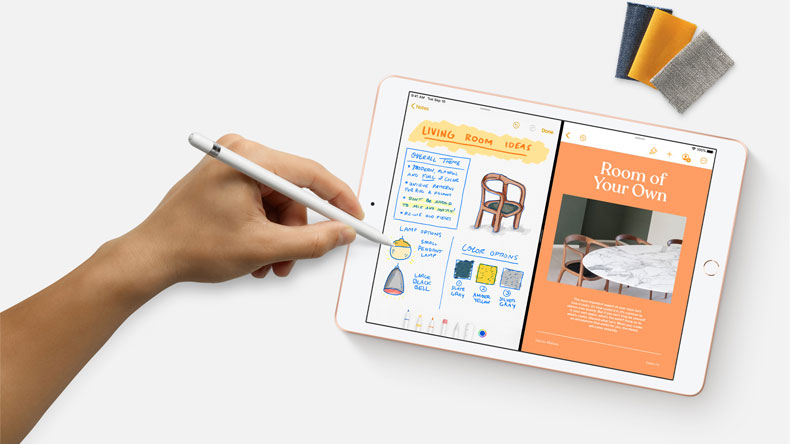 Apple iPhone did get the most of the attention in the September 10th event. Because that was the main highlight of the Apple Event. Although Apple started the event with the iPad, the iPhone steal the attention of the people.

The new iPad has a new 10.2-inch retina display, nearly 3.9 million pixels, and a wide viewing angle. This display is vivid and specially made for the best use of Augmented reality (AR). It has the Apple famous A10 fusion chip. This chip is old now but fairly fast for a 10.2 inch iPad. This fusion chip was first used in iPhone 7 and 7 Plus.

This year 10.2 inch iPad is coming with the new iPad OS. iPad OS is a combination of mobile OS and a desktop OS. With this OS you don’t need a separate laptop to carry with you. You can do almost every daily task with this latest OS. It also includes all the latest features from iOS 13. Swipe keyboard, system-wide dark mode, new control panel features, and all the amazing features are also included in this iPad OS.

This iPad takes place in the middle of the other two iPads, the iPad mini and iPad Pro. This is a cheaper iPad and attracts most of the mid-level market. In short, this is the minor update for iPad 10.2 inches variant. Also they only emphasis on the display of the new iPad.

This year iPhone also didn’t get the shape change that most of the people are expecting from Apple. Only the camera and Apple LOGO place differ it from the previous model. Everything else was the same from the outside.

New Apple iPad has one pound of weight and the whole body is made from the 100% recyclable aluminum body. But this claim can only be tested after using it.

Who Should Buy the Apple iPad 10.2 inches?

Overall if you are a student or any person who doesn’t Afford the laptop but wanted the work done, This Gadget is for you. You can do almost everything you wanted to do on a laptop.