Ever since mankind first decided to settle its differences through war, we’ve been figuring out innovative ways of gaining an upper hand over our enemies. Advanced technology and military are two worlds that intersect in many places. To show you just how far the military tech has come, we’ve put together a list of 4 interesting facts you probably didn’t know about the tech world militaries use right now.

Lasers are slowly becoming a viable alternative to ballistic anti-air solutions. The military has been working on offensive lasers for a long time. Not many are familiar with the Airborne Laser project that was started in the mid-’90s. The Air force had strapped a massive COIL laser to a 747 airliner and conducted all kinds of missile defense tests with it.

Nowadays, we are seeing military ships fitted with much more compact laser systems that are capable of intercepting and eliminating both airborne and ground targets at long ranges. The use of lasers is being tested parallel to several rail gun solutions. Whichever technology wins this mini race, will push naval warfare and air defense systems into a whole new era.

Drone warfare is nothing new. We’re witnessing the proliferation of offensive and ISR drones in all conflicts around the world. What is new are fully autonomous drones and drones that can be deployed anywhere in the world. Modern UAVs require a pilot who uses a specialized computer fitted with high-quality military-grade components to operate them. They have some autonomous features, but they are essentially remote-controlled in most aspects of their operation.

Fully autonomous drones are a whole new concept that is slowly but surely becoming a reality. Boeing Australia and RAAF have presented a working model of a fully autonomous fighter aircraft that has officially entered a testing phase in 2020. Other defense contractors are also working on projects of their own.

While complex AI systems are necessary for us to develop fleets of fully autonomous military drones, the technology is steadily moving towards making such fleets a reality. The next step is the development of fully autonomous drone swarms that could at one point gain an offensive role in addition to being an invaluable part of modern reconnaissance systems.

Despite the latest efforts of the US DoD to introduce telescoped ammunition in order to reduce the weight of individual infantry kits, an average grunt is still carrying a massive amount of equipment. The number of back and knee injuries reported by the Army and the Marine Corps paints a vivid picture regarding the current needs of the military.

Several defense contractors are in the late stages of the development of fully functioning exoskeletons. These devices are designed to assist the user by using electrical or hydraulic power.

Current systems are already compact and completely usable in rough terrain. The completed project will most likely produce an exoskeleton that doesn’t interfere with the user’s freedom of movement, while also having enough energy to facilitate prolonged military operations.

Also Read: How to Embrace Today’s World with Digital Transformation

Augmented Reality On The Battlefield 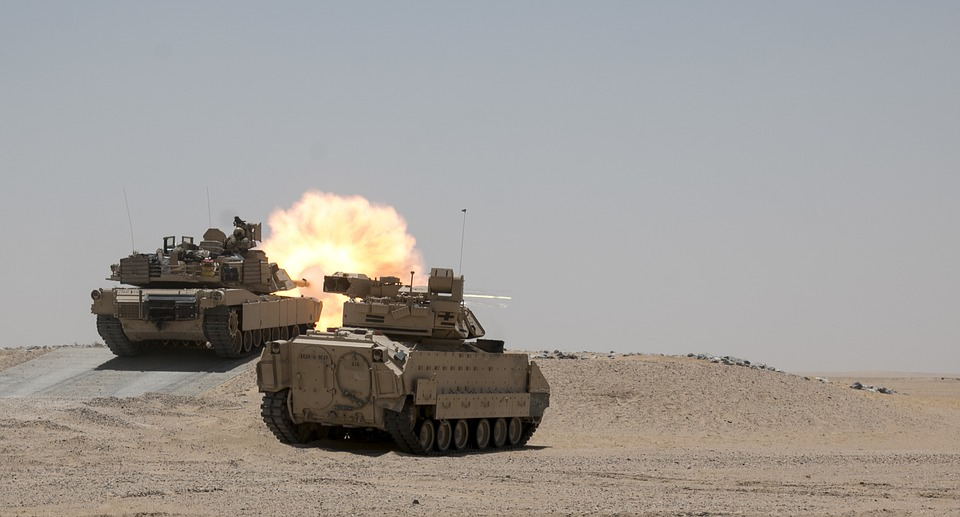 Augmented reality, unlike virtual reality, has seen many applications in the military. The latest and greatest in this field is IVAS or Integrated Visual Augmentation System. These goggles look like oversized VR goggles and can be mounted on standard-issue helmets. The use of IVAS is allowing squad and platoon leaders to gain advanced information on their surroundings, their area of operations, and more.

IVAS has been tested in Stryker and Bradley units where mounted infantry elements now had 360 degrees view of the battlefield thanks to a variety of sensors and cameras mounted on their vehicles.

Augmented reality systems such as IVAS are bringing those clunky “future soldier” projects of the ‘90s several steps closer to reality. The equipment of a future warfighter will most definitely include some sort of networked AR device that will allow an easy individual soldier to communicate with other friendly elements on the battlefield.

The Advancement of Technology

The military is constantly working on new tech. We are seeing reports of advanced stealth technologies being tested, IR cloaking, drone swarms, and more. Some of these technologies will eventually find civilian use.

A fully functioning exoskeleton can completely change the manufacturing industry where workers can now perform tasks that would otherwise require specialized transport machinery. With that said, some of these technologies will completely change the face of war. The future battlefields will partially be fought in a digital arena as even individual soldiers get fitted with advanced technologies.