Maybe you’ve heard of “The Cloud.” And even though you may not know exactly what this cloud does, it’s quite real, and it’s probably a part of your life if you live in western society.

More people are online today than ever before in history. And as a result of this, more personal data is being stored online as well. As such, the threat to our data is very real. In fact, according to the Department of Homeland Security, a cyberattack occurs roughly once every 39 seconds.

With the prevalence of cyberattacks in today’s world which costs governments billions of dollars annually, the rise in popularity and necessity of cybersecurity jobs is at an all-time high. And this career space is expected to show significant growth over the next decade.

If you’re looking for a lucrative career and the chance to help keep your community’s personal information safe and secure, the following will explore how to break into the cybersecurity industry.

For anyone looking to jump into the cybersecurity space, you’re going to need to be pretty savvy with computers to start. In addition, you’ll likely also need some formal education in the industry as well.

Many who hold top-tier job titles within the cybersecurity space have degrees in computer science or a related discipline. But this isn’t the only way to break into this industry.

For those looking to make a career move in a short time, attending an educational training program like a cybersecurity Bootcamp can open a few doors for you. But be advised that to eventually work your way into higher-ranking and highly paid positions, you’ll likely need a 4-year degree from an accredited university.

The great thing about cybersecurity is that it’s an ever-changing field. So attending a Bootcamp or having a basic education can lead you into well-paid positions–all of which will require further education for advancement.

A majority of cybersecurity jobs are found within government agencies such as the Department of Homeland Security. Additionally, there are also many cybersecurity contract jobs that work alongside the U.S. Military, the Federal Bureau of Investigation (FBI), and the Central Intelligence Agency (CIA).

But if you’re not interested in working for the federal government, there are also many private sector cybersecurity jobs available as well. A few of these are as follows:

The above list only touches on the main components found within the cybersecurity industry. But keep in mind that most who enter this field begin as computer data analysts and have a healthy knowledge of coding and are well-versed in malevolent programming.

With the growing number of scams on the Internet today, especially scams involving phishing, data mining, identity theft, and scams surrounding Bitcoin and other digital currency, the job outlook, and growth potential within this industry is steadily growing.

Most economic analysts project that the cybersecurity industry and all related jobs have a projected growth of 31 percent. And this is twice as high as leading industries with significant job growth such as the healthcare industry.

In today’s digital world, we produce an astronomical amount of data each day. In fact, it’s been estimated that over 2.5 quintillion bytes of data are produced each day, and this is forecast to steadily increase as our ability to efficiently store data increases as well.

At the end of the day, if you’re looking for real job security for the foreseeable future, becoming skilled in the cybersecurity space is the way to go.

Our personal information is more important to us than we realize. And anyone who has been a victim of identity theft knows just how financially restricting this can be. But going forward, if we’re able to keep steady growth and technological advancement in the cybersecurity space, we’ll hopefully be able to stay ahead of any impending threats. 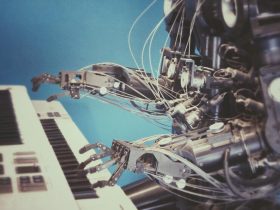 Robots Are Making Robots and Everything Else Too 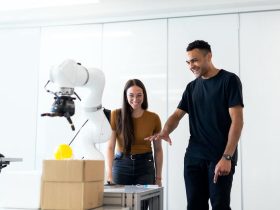 The Robotics of the Future: How Does AI Apply to Robots? 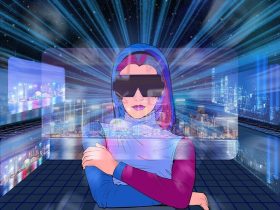