The sad truth is that fraud is more common than you might think, so there is no shame if you’re a victim of it as many people go through the same thing each day! With that being said, it’s important to know what exactly is the best thing to do after such a thing occurs, just to ensure your further safety! There are a lot of steps you can take, but acting fast is the best thing you can do as soon as you figure out you’re being scammed. So here’s what you can do when you’ve been a victim of fraud and reach the best end result!

Frauds and scams are around every corner, unfortunately, so if you notice that some of your money is missing, or if you get suspiciously large bills, your first action would be determining what’s the source of that. Sometimes you just know straight away, but some cases can be trickier. Frauds on the local base are easier to figure out, than global ones – especially if you’ve been traveling. But don’t let that fact dishearten you, every country should have an agency that deals with this kind of stuff, but contacting the local police is an absolute must, rather than waiting to get to your own country and trying to solve the case from there!

Sometimes, it takes time to even figure out that you’ve been scammed or if you are currently being scammed by someone – especially if it’s on a smaller scale, but a longer duration of time. But, depending on the nature and type of fraud, your best solution is to report the crime! Only a small number of fraud victims end up reporting the crime, let alone doing it on time, but this can also be blamed on the fact that most of them don’t know where and how to report the fraud in the first place!

If some of your valuable property, money, sensitive information like credit cards, and documents are missing, you want to start with the police first, this also helps later on when you contact your insurance company to make a claim. But there are also fraud networks you can contact to get more information on the matter.

Sometimes, you aren’t even aware that you are a victim of fraud, and even if you or your business were, getting the right advice from a professional is the best idea. Some frauds are direct, some are more intricate and complex depending on if multiple people and businesses are involved, but securities fraud and investment loss attorneys state that having a legal backup is much needed, if reporting the fraud doesn’t work. Once you determine what kind of fraud you were under, you can seek the right kind of attorney to help you, just focus on finding someone with experience and knowledge in that field of law!

Some frauds are a one-time thing, whilst others last for a prolonged period of time, what you need to do is cut out the source of further scamming from your end! This involves contacting your bank so your credit card can be put on hold – not allowing scammers to take more money from your account. Letting your bank know that something suspicious is happening will help you a lot, and even solve the problem, especially if you are not responsible for getting into a fraud, but experienced it through a third party.

Related Reading: Are Your Cryptocurrencies Secure? Threats and Ways To Stay Protected

Things to Know for the Future

Since scams and frauds of all sorts and kinds are pretty popular, once you go through it you might want to focus on prevention and spreading awareness! Nowadays there are a lot of ways you can protect yourself from fraud, some things you probably considered totally fine and safe but after you’ve actually been through such a thing, you know that prevention is much needed! From shopping at faulty and sketchy websites to using public wi-fi for logging in to important accounts, frauds can come in all shapes and sizes, so you want to cover as much ground so a similar thing never happens to you ever again! Learn from your past experiences and try to teach others so they don’t fall for the same thing as you did!

At the end of the day, it’s hard to predict how and where you’ll get scammed, especially since scammers are extremely sneaky, so that’s why it’s important to know exactly how to handle the situation if it even emerges. It can cause you tremendous losses and a great deal of damage, not to mention the mental stress of it all, but don’t let that scare you as long as you follow the steps! 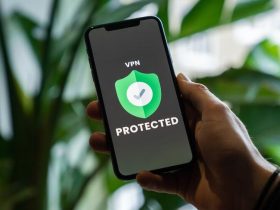 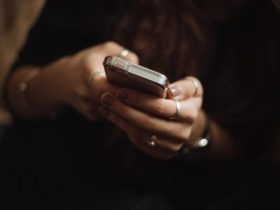 7 Reasons to Use Security Tools on Your Smartphone 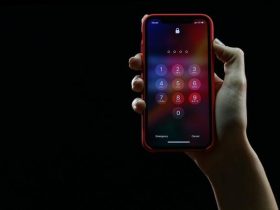 What Passwords Do We Forget Most Often? Causes & Easy Solutions! 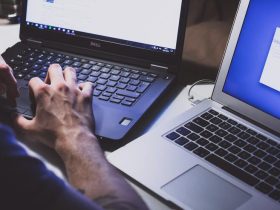 Cyber Security and the Critical Role It Plays for Small Businesses