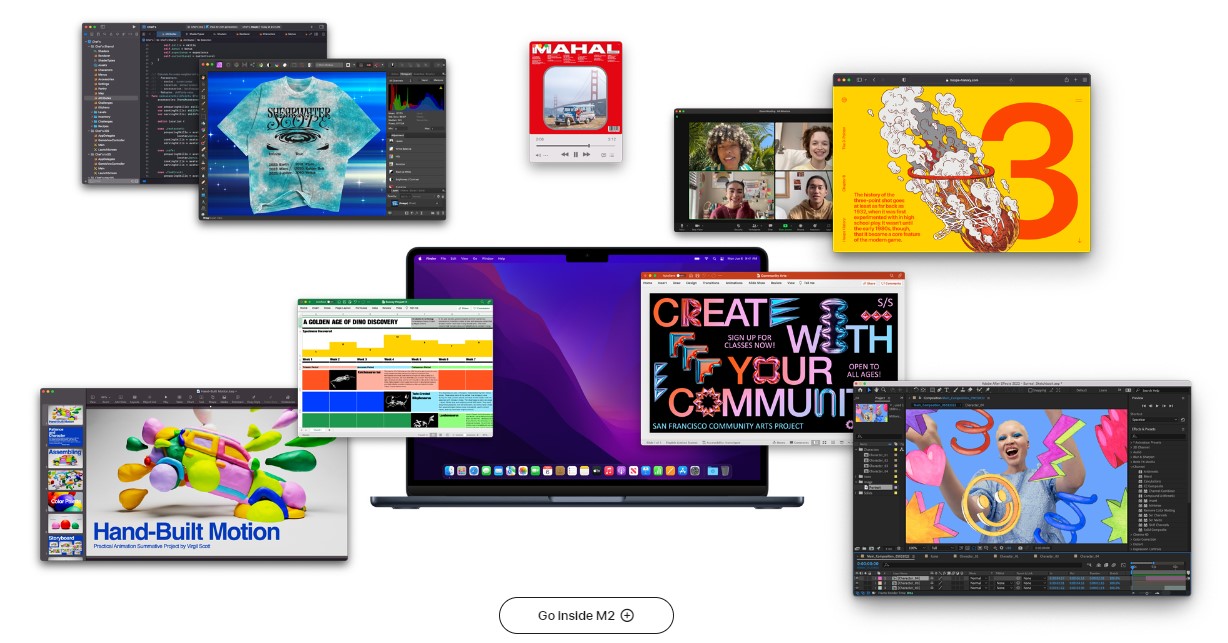 Apple’s World Wide Developers Conference (WWDC) happened on Monday 6th June 2022. At this conference, Apple kicks off an exciting reveal. They announced the addition of faster M2 chips in the New MacBook Air.

The design of the new MacBook Air is like the latest versions of the MacBook, which are 14-inch and 16-inch MacBook pro. It has four speakers and three microphones and supports high impedance headphones.

The updated MacBook air now has a brighter display of 13.6 inches, a webcam with 1080p resolution, an 11.3mm thin structure, MagSafe charging, and a fanless body. Moreover, it will be available in four different colors i.e., space grey, silver, midnight, and starlight.

However, the most prominent feature is the addition of a faster silicon chip called M2. Apple didn’t update the light MacBook since 2020, and now it gets a second chance to rule the market.

The new MacBook Air, with the addition of an M2 chip, is available in 8 and 10 core GPU. Moreover, it has a unified memory of 24GB and SSD storage of about 2TB. Apple claims that the new MacBook Air has a battery life of up to 18 hours. Along with this, it will have a magic keyboard. The magic keyboard will consist of a Touch ID button for authentication purposes and a full-size function key.

Apple announced the new MacBook Air with an M2 chip on Monday, 6th June 2022. However, it will be available from next month in the market. But Apple has not announced any specific launch date for it yet. The price of this MacBook will start from $1,199 in the United States. And the price of the MacBook Air with M1 chip will remain the same i.e., $999.