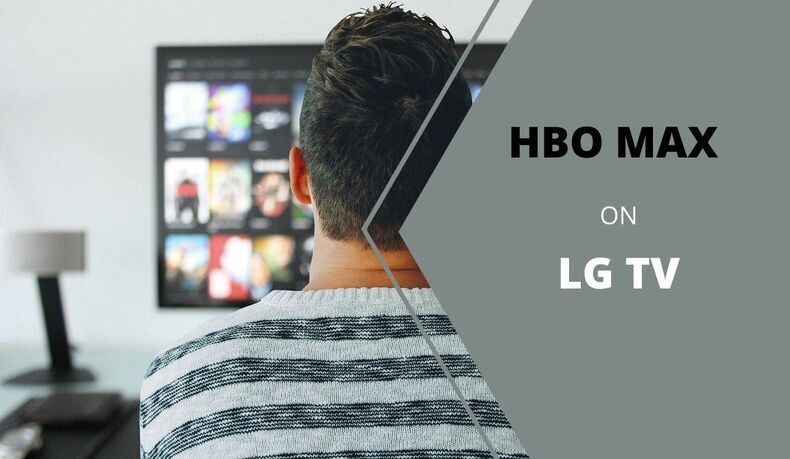 HBO max on LG TV is not available at the moment. LG smart televisions, which were just released, do not yet support a range of devices. Still, we have got some methods through which you can watch HBO max on LG TV.

HBO Max is a new streaming service with a lot of interest. It seems to have gotten a lot of attention so far. WarnerMedia’s extensive content is one of the factors that has piqued our interest. HBO Max is a WarnerMedia subscription service. It not only includes all HBO content but also content from a variety of other networks and brands. DC, Cartoon Network, and TNT, all of which are currently part of the WarnerMedia umbral, are included.

On May 27th, HBO Max, a new premium video streaming service, will launch. It contains more original material, past seasons of your favorite shows, and movies from HBO. HBO Max, unlike HBO, HBO NOW, and HBO GO, will deliver 10,000 hours of extra original series and movies. After a 7-Day Free Trial, it will also have a large catalog of your favorite shows for the same $14.99 per month.

Signing Up for HBO Max on LG TV

HBO Max is simply not available on LG Smart TV units. Your iOS system might be able to stream to your LG Smart TV. You could still sign up for a 7-day free trial of HBO max on LG TV. You can also use it on other devices such as Apple TV, Chromecast, Xbox One, PlayStation 4, Android, PC, and so on. So, the question “how to download HBO max on LG smart TV” does not even exist.

What Can LG TV Users Do With HBO Max?

You won’t just be able to watch HBO originals when the service first launches. Westworld, Succession, and previous HBO seasons may be among them. Game of Thrones and The Sopranos may also be available. Not only that, but shows like The West Wing, South Park, Studio Ghibli, and The Big Bang Theory will be available. HBO Max subscribers will be able to stream various original series when the service launches. Craftopia, Love Life, Sesame Workshop’s The Not Too Late Show with Elmo, and the all-new Looney Tunes Cartoons are among these shows.

On your mobile devices, the HBO Max App will allow offline downloads. It can also support user profiles, shared streams, children’s profiles, and the ability to follow other users’ content choices.

Ascertain that the LG smart TV and the casting system are on the same Wi-Fi network. Except for Apple TV, you won’t be able to use your iPhone or iPad because Apple doesn’t allow screen mirroring on streaming devices.

LG TVs are as good as Sony or Panasonic when it comes to picture quality. It is, however, not like the TVs from those two brands. The former does not have Android TV support. LG Smart TVs run on webOS. The Linux-based operating system supports ThinQ AI voice interaction. It can also connect to other smart home devices, use Miracast for screencasting, and stream content from a variety of apps. Netflix, Amazon Prime Video, YouTube, Apple TV, and other applications are currently available for WebOS Smart TVs.

HBO go not showing up on LG smart TV. If you own an LG TV, this means you won’t be able to download content from the most recent service. Unlike Android TV, where you can manually install an app by sideloading an APK file, you can’t manually install HBO Max on webOS. HBO Max is accessible on your LG TV even if it does not support webOS. From your computer or smartphone, you could use the following techniques.

Make Use Of HBO Max on Your YouTube TV

If you have an LG Smart TV, you could use the YouTube TV app to access HBO Max. To get HBO Max on your LG Smart TV, here’s what to do:

You could mirror content from your Windows PC onto your LG Smart TV just as you would on your smartphone. Ascertain that your television and computer are both wired to the same wireless network. To do so, follow the steps given below:

Step 1 (on your television): You need to press the home button on the remote of your TV, head over to More > Device Connector > PC from your TV home screen, and then select Screen Share.

Step 2 (on TV): Pick Miracast from the left sidebar and press Start on the next screen.

Step 3 (on PC): From the bottom right corner of your Windows PC, open the Action Center, choose the Connect icon, and then pick the LG TV from the list of choices.

Step 4: Now you must enter a PIN on your device. When you attach to your LG TV in Step 3, the PIN will appear on the screen. After you’ve entered your PIN, click Next. Your LG TV would then show a mirror of your Windows screen.

Step 5: On your Computer, open HBO Max on the web to begin watching movies and TV shows on your LG TV.

Will HBO Max be on LG Smart TV?

HBO Max is simply not present natively on LG Smart TV units. Your iOS system might be capable of access to your LG Smart TV. You could use Airplay 2, which is accessible on LG Smart TVs released in 2019.

Can I get HBO Max on my smart TV?

HBO max on LG TV is not accessible. However, you can download HBO MAX on Android, Apple TV, Android TV, Xbox One, Chromecast, PlayStation 4, and Samsung smart TV platforms (starting in 2016 — the “latest” version is simply an upgrade to the current HBO Now applications on certain platforms).

How do I get HBO Max on my TV?

You cannot get HBO max on LG TV but on your other TV. Follow these steps for HBO max stream on TV. Have a look: