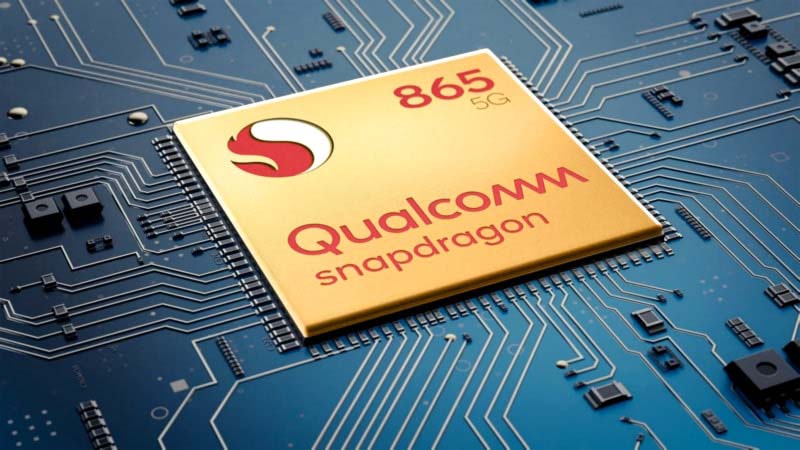 The Snapdragon 865 chipset will be powering your flagship smartphone coming early 2020. Qualcomm announces 2 new chipsets at their event in Hawaii. The Snapdragon 865 for upcoming android flagships and Snapdragon 765 for mid-range devices.

Your camera will perform much better with this improved modem and AI. And with the improvements in GPU, Snapdragon elite gaming will be providing much better gaming experience.

Following are the expected Phones that will be coming with Snapdragon 865:

For the official Snapdragon 865 phones list, we will have to wait till MWC 2020.

Snapdragon 865 is loaded with:

The Snapdragon 865 comes with a lot of new 5G capabilities. The modem of 5G is not integrated into the chipset and Smartphone manufacturers have to separately place it.

With this modem, You can get a 7.5 GB/sec theoretical download speed. But in reality, this 5G speed will vary for different reasons. This chip is not only improving 5G features, but you will get the best in class 4G connectivity. You will see a much less power loss in always 5G connected devices.

With these enhanced features, you will be getting more signals in more places.

This chip supports higher quality displays and you can attach QHD+ 144hz display with this chipset.

This phone is more aware of its surroundings with less power usage. This feature was introduced in pixel 4 this year and with Snapdragon 865, you will a lot of improvements in this feature and more phones will take advantage of this feature. You have to use pixel 4 to take a better idea of this feature.

With this new chipset, you will be getting 16% battery saving while recording video and 25% overall battery performance. This chipset also comes with 5G power save mode and you can now use 5G for a longer period of time.

Also, It is 17x bigger than other In-display fingerprint scanners.

The Snapdragon 865 comes with 2 Gigapixels per second camera capable ISP. This means we can capture 8K videos at 30 FPS. 8K video has never done before at 30 FPS. And if you are capturing 4K video, you can capture each frame at 64 MP.

You can now optically zoom-in without any juddering, which is easily noticeable while zooming in on previous generation chipsets.

Real-time translation is much faster now. Now your device will be able to translate your voice without internet connection and with zero delays.

With improved AI, you will see a revolution in augmented reality emojis and your next phone will be able to track micro-expressions of my face.

5Th Gen AI Engine is capable of doing 15 TOPS which is 2X than the Snapdragon 855 and 3X better than other Android Competitors.

This chipset is taking Desktop level features in mobile gaming. Following are the cool gaming improvements you will get with Snapdragon 865:

Game color plus enhances the colors of every existing game without any development changes. With this feature, you can feel richer graphics in every game.

With this feature, games can now use sophisticated lighting effects, which were only available for desktop games before.