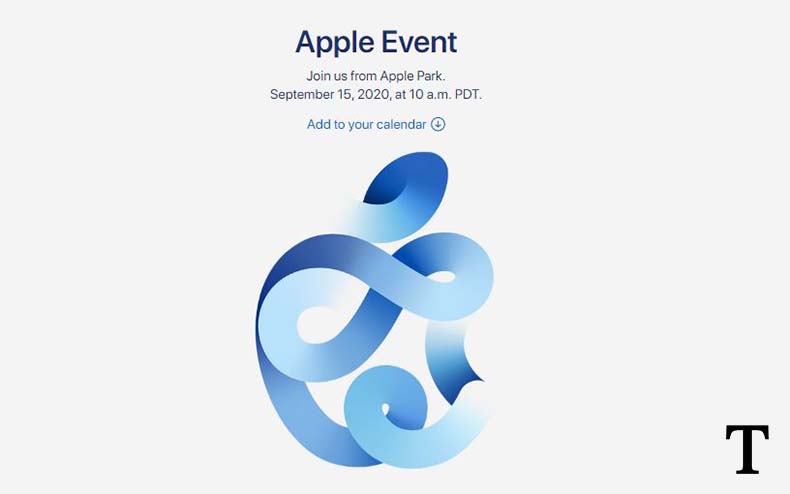 Everyone waiting for the new iPhone 12 with 5G, but the Apple invites received to reporters and tech geeks hints at its wearable for now.

Apple has announced its upcoming event for Sept 15th at 1 PM ET / 10 AM PT. Apple usually announces their new iPhones in the September Event, but this year, due to pandemic situations, there have been rumors of the delay in the production of iPhones. Rather, this September event has a tagline “Time Flies” suggesting we’re seeing at a new Apple Watch and iPad.

‘Time Flies’ on the invite hints the focus on the Apple Watch mainly for this event. It is rumored that Apple Watch Series 6, the successor to the Series 5, will be able to add improved sleep tracking and blood oxygen monitoring, all thanks to its latest faster processor. It is also rumored that Apple is announcing a cheaper version, a replacement for the Series 3 model which is still available on Apple Stores.

Apple’s  Event invite which is posted on its website included a variation os Apple’s logo, made up of swirling blue lines. These line has an AR trick, when opens it on an iPhone, the Apple invite logo shows the event’s date: 9.15.

This year due to the pandemic, there are delays in the production of new iPhones and Apple has confirmed its newest iPhones with super-fast 5G connectivity, will be delayed by a few weeks. It’s likely that Apple will hold a new Event in October for new iPhones and at that time the focus will only be the iPhones.