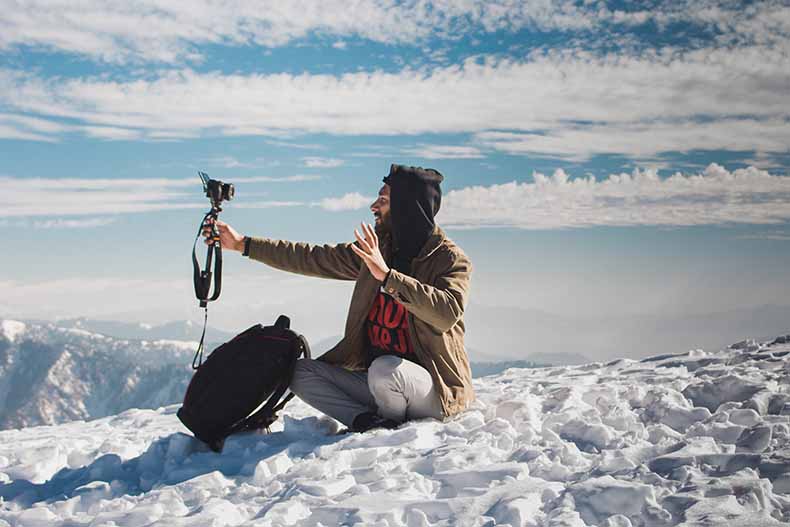 Vlogging is the most trending job on the market right now. It becomes so popular because it is so self-oriented that it deals primarily with your personality. Also, vlogging is the new way to show how you want your viewers to perceive who you are on camera.

You basically share your life stories or stories of other people through the screen, and often than that, you need to be in front of the camera while you are holding it. That is why every vlogger needs a capable and competent camera for the task.

In simple terms: you need a camera with the best flip-screen capability.

A camera’s flip-screen requirement is a vital feature for vlogging simply because it makes your camera always selfie-ready. You can see all of the footage that is recorded conveniently to make sure you are in frame and in focus all the time. This simple feature of a camera can fully relive and transform your vlogging experience.

Can you ever imagine that the benefits of a flip-screen camera are endless except for its primary task, which is obviously the flip capability?

Let me point the endless benefits of a flip-screen camera one by one. First, you can consistently and optimally switch filming the scene from filming around you to filming yourself instantly, whether you are vlogging at home or have an outdoor location. You can immediately show yourself at every moment any time you wanted without compromising auto-focus and lighting.

You can ensure that the scenery and the video footage being captured are in the way you always wanted to be.  You can play the controls on the background and lighting effect while filming so you can make a better video in an instant. Doubtfulness and guessing how the video would look have been eliminated with a flip-screen camera.

Finally, you have complete and utter control over what your video will look like while filming it. You can control your position and angles while shooting through a flip screen that saves you much hassle and time.

As a parting note, you must learn a bit about photography and filmmaking basics to always get more out of your money in spending on a flip-screen camera for vlogging.

Knowing about shutter speed, ISO, and other terminology will let you utilize your chosen flip-screen camera’s full potential. Therefore, it will also help you personalize and develop your own vlogging style and be much closer to reaching your goal to have a  successful YouTube channel for a longer time.