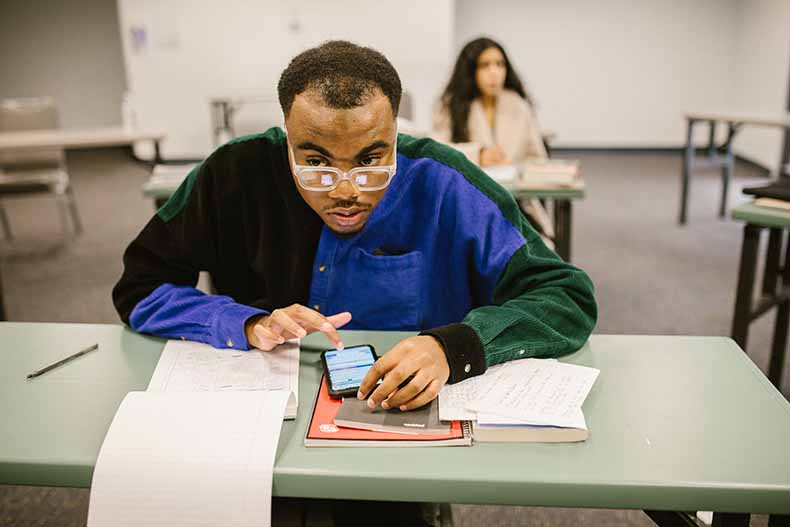 Imagine yourself attending an important business meeting and your boss asks you to open a PDF folder he shared on your WhatsApp chat box and at that very moment, your phone decides to freeze on your – not a very pleasant image, is it? It does not matter if you are an Android buff or an iPhone connoisseur; no one desires lag on their devices. Ask any online gamers or web developers, the answer will remain the same. Laggy devices not only cause technical glitches but also create distractions or interruptions during important tasks.

Unfortunately, you cannot always blame your device for causing such troubles and neither can you always fix it by rebooting the device. Even though people often believe that it is the user’s lack of care that causes the lag, Android devices often become victims of lag for an array of reasons. Your device could lag because of battery-draining applications, low storage space, low cloud space, excessive downloads, unused applications, etc.

Listed below are 5 reasons that might cause your device to lag:

1. Apps running in the background

If your Android or iOS has a lot of resource-hungry apps running in the background, chances are that your phone will run out of battery very often, causing it to lag all the more. To avoid such complications, make sure that you choose to not turn on live widget feeds, push notifications, or background syncing.

Not to mention, there are times when some undesired apps run in the background and pose a threat to your private data. To be safe in such situations, it is advisable to keep your divide safe with antivirus software like Bitdefender Mobile Security for Android.

2. Apps that are always awake

The human body is no different from an operating system. Just like us, our devices also need to take a rest. If we continuously work for days without getting enough sleep, we are bound to fall sick. Similarly, if you have a lot of apps functioning all the time, your device is bound to encounter a performance lag. You can always choose the option of disabling or freezing certain apps that are not frequently used. You need not worry about those apps because you can use them anytime you want. Disabling is like putting the applications to sleep.

It goes without saying that you, at least once in your life, have received a notification that read, “Your device is running out of enough storage space.” Too much data and files often cause devices to lag after reaching 80-85% of storage capacity, especially if you are an iOS user. You could always share your data with another device to free up space on the one that is lagging but that again calls for security issues.

Although iPhones are usually pretty safe, smart users still don’t take chances with security. Because there are times when undesired programs and files take up a lot of space in the memory, without even the users knowing. To be the same as such times, it is advised to add a layer of security, like Bitdefender Mobile Security for iOS or any other antivirus software of your choice. That being said, always make sure you do a full device backup before deleting or restoring data on your phone.

The biggest lag-causing applications on your Android or iOS devices are the gaming apps. If you are an online junkie who is always stuck on their phones, playing large file games such as Call of Duty, your device is bound to lag often. Firstly, gaming applications by default are of large sizes. To top that, the applications running in the background while you play can also cause delays in your system. You can always install a memory optimizing app and release some free RAM to stop your phone from lagging while you are engrossed in the game. For pro-gamers, you might want to activate 10/10 kernel tweaks via your home settings to further optimize your device.

Further, enabling rooting of a device might also help with keeping your phone lag-free. You can always explore your device by trying the different pre-sets that are available and might work best in preventing battery drainage or stopping notifications like, “apps running in the background are taking up storage space” or “may slow down your device…” However, you should always be careful while manually setting your device up.