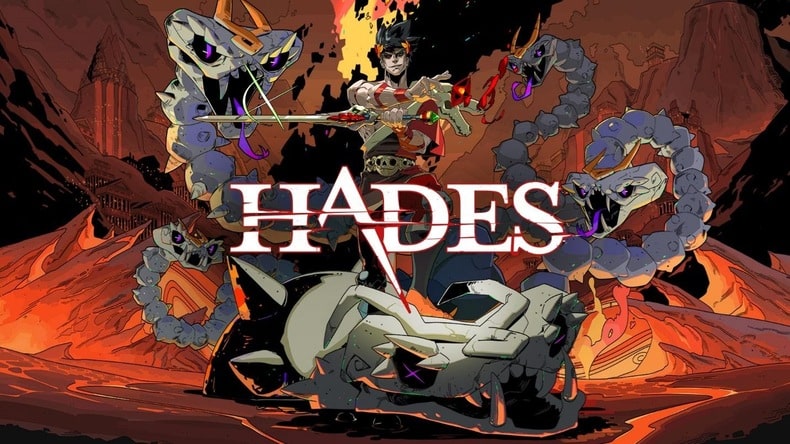 If you have recently tried escaping Hades as the Prince of the Underworld, Zagreus, you quickly learn that you need all the help you can get. Your weapons are paramount in finding success in your escape attempts, so maxing their potential means better chances of triumphant runs. Haven’t tried Hades yet? Look up Hades cd key and get your journey started.

Titan Blood is a rare currency whose primary function is unlocking Weapon Aspects, which drastically changes your weapon’s behavior. For example, Coronacht, The Heart Seeking Bow’s special command changes from its standard shotgun flurry to a hostile-homing barrage.

With that, here are some ideas for earning Titan Blood fast in Hades.

SPOILER ALERT: Massive boss battles, weapon, and lore exposition beyond this point. If you haven’t completed an escape and don’t want any in-game encounters ruined, you may want to stop here! 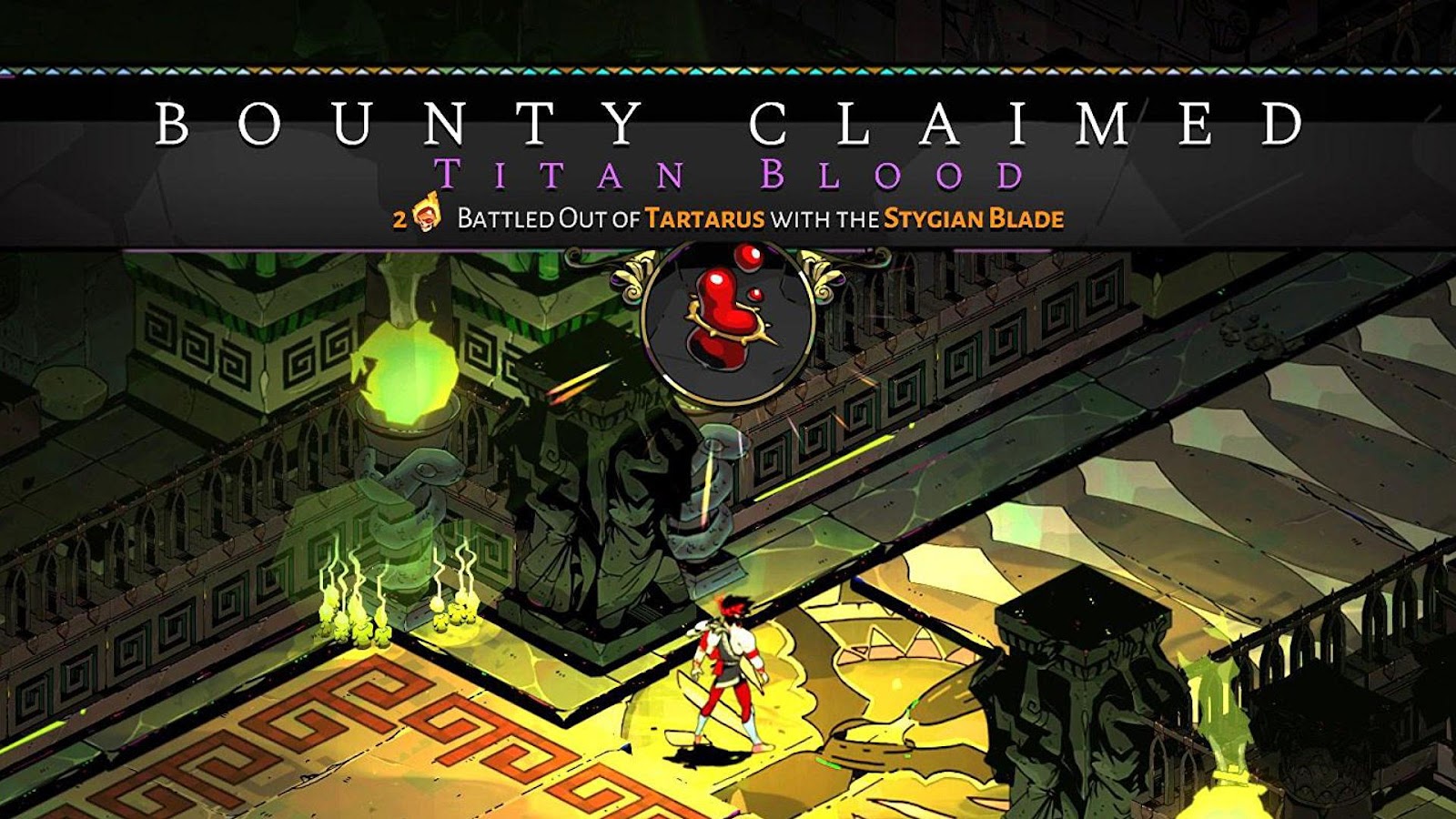 Below are all methods of getting Titan Blood. The most reliable way to do it comes after you’ve unlocked the Pack of Punishment, which requires at least one successful escape. However, there are a few opportunities early players can use to sharpen their weapons and get them closer to their first successful run-through. 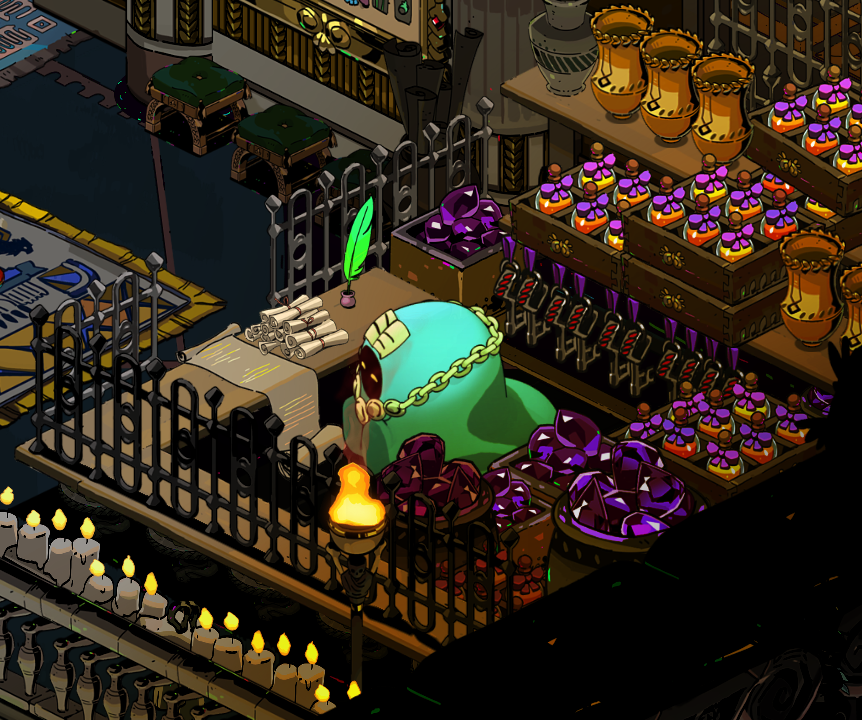 Occasionally, you can trade special items you’ve earned throughout your escape attempts with the Wretched Broker in the cafeteria.

He trades tons of items, including – you guessed it – Titan Blood. This way won’t be the most efficient to get Titan Blood since the thing you have to trade most likely will also be very relevant. However, it is a method nonetheless.

Bribing Cerberus in the Temple of Styx – (trash method) 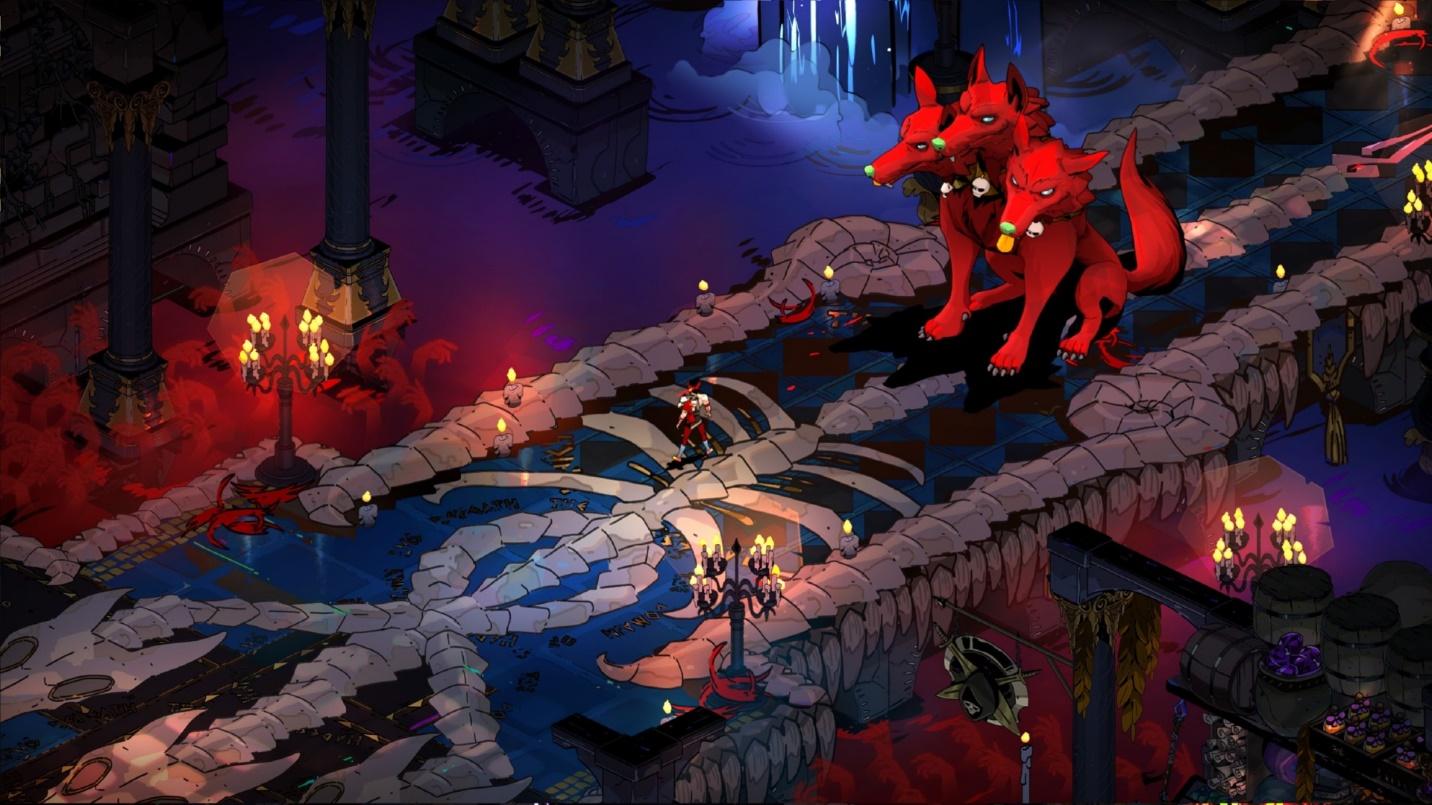 You could also buy it from Charon shop right before battling Hades. A rare item will always spawn here for about 1000 coins. Sometimes, that item will be Titan Blood.

But let’s be honest. How often are you making it to Cerberus with 1200 bucks? If you have the skill and restraint not only to avoid buying health and boons but also not be tempted by those juicy encounter perks in Charon’s caldron, this might be for you. 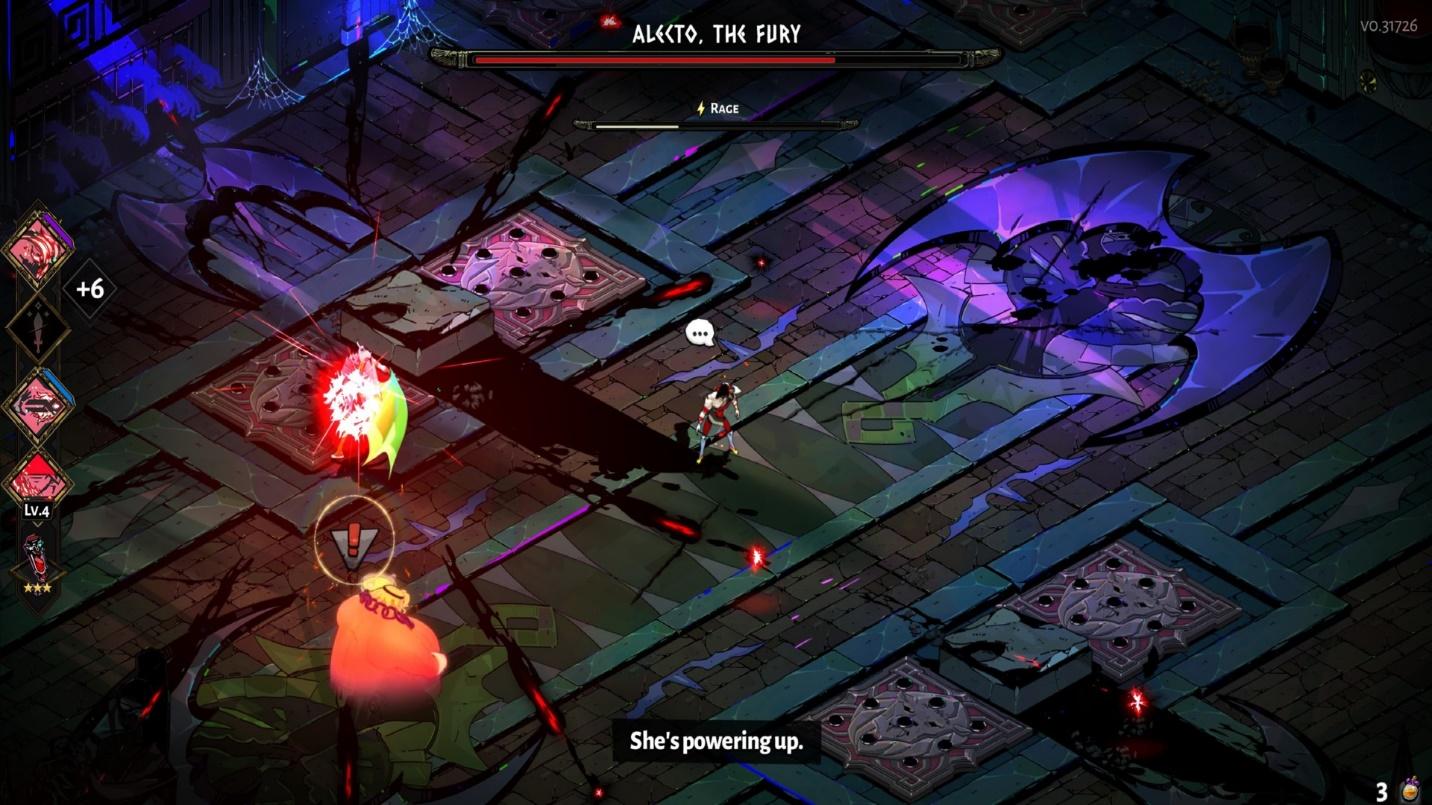 Each boss gives you a rare item upon defeat.

The catch here is that you can only get that rare item once with each weapon. For example, if you beat Hydra twice with Aegis, the Shield of Chaos, you will only get a diamond your first time defeating the multi-headed skeletal serpent.

Lucky for us, Titan Blood is the very first rare item you get, which is earned after killing the Fury Sisters. 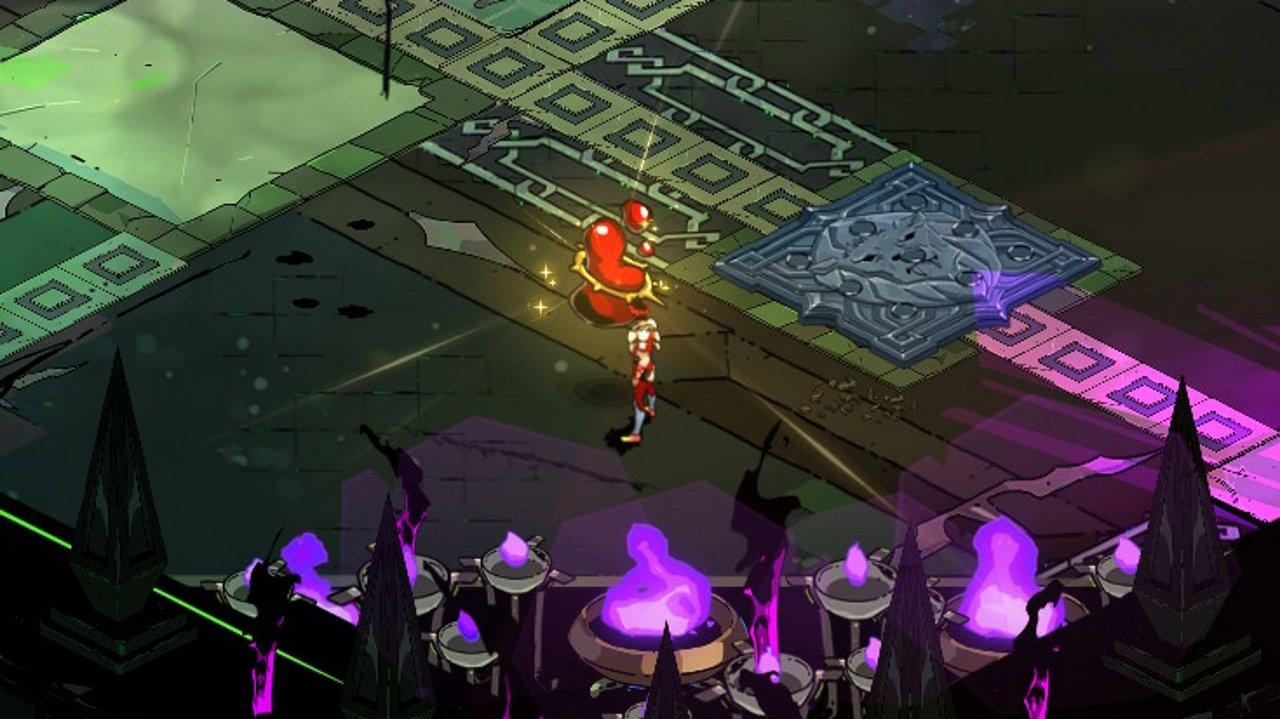 If you’ve already escaped, you know that there is an exceptionally well-written reason to keep escaping Hades. (Yes, that was a random shout-out to the writers of this game.)

Hades places the Pact of Punishment on your exit after your initial escapes to make your runs more challenging. How does this relate to farming Titan Blood? 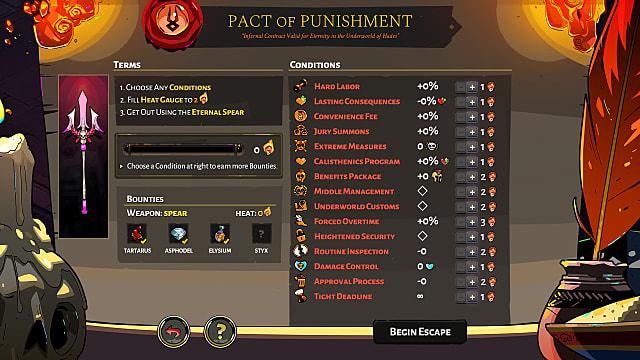 Every time you increase Heat (the term used to describe difficulty based on things like time limits, increased enemy damage, new boss move cycles, etc.), the rare items you can receive from each boss reset for all your Infernal Arms.

If you’ve completed a run with Stygius at 0 Heat, you can no longer get a rare item at that Heat Level. However, if you increase the Heat Gauge by 1, you can get all the rare items again.

That means you can keep killing Meg and her sisters over and over and get Titan Blood fast.

Here are the steps:

If you follow these steps, you will have your favorite Infernal Arms – if not all of them – fully leveled up, allowing access to all the first weapon aspects available.

Have you escaped the land of the dead, Hades? 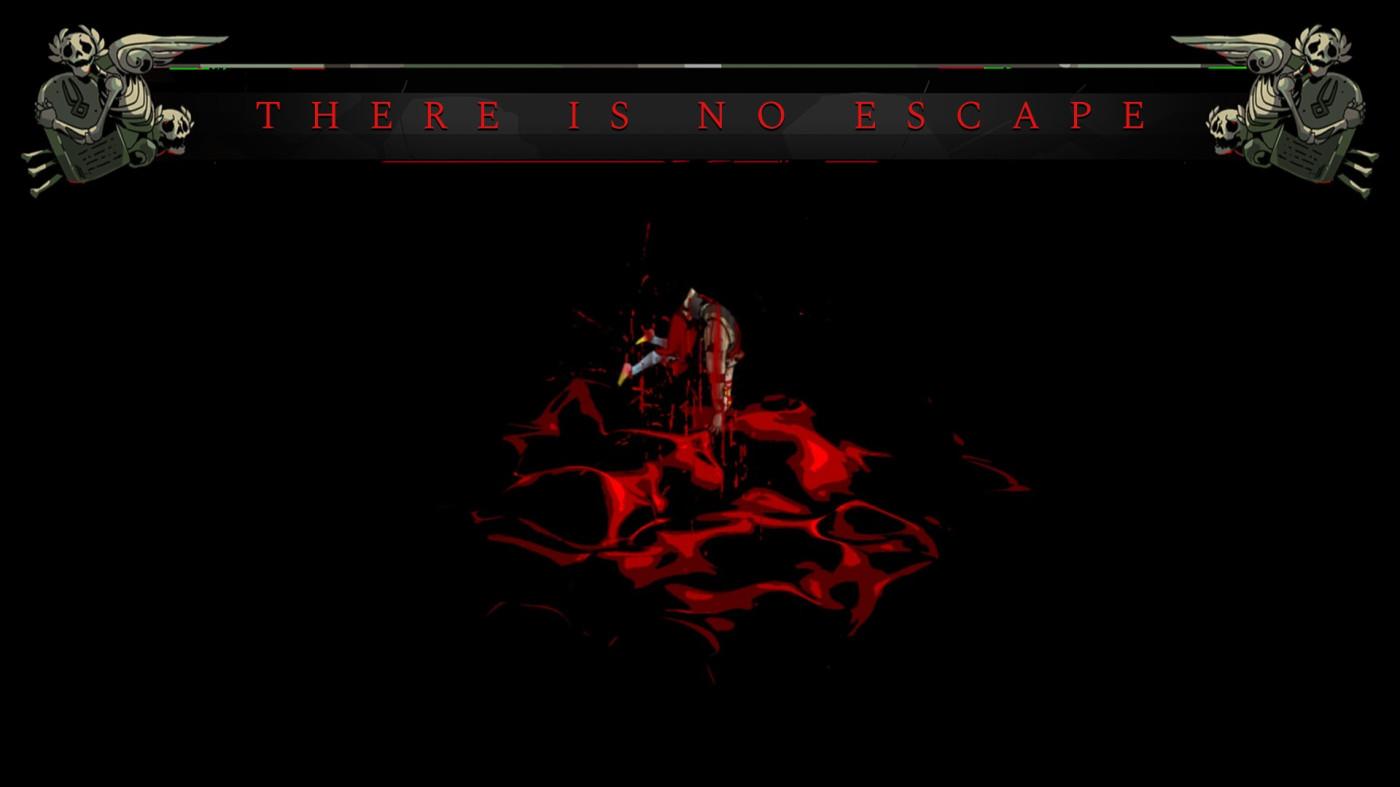 Have you escaped Hades yet? If so, tell us your favorite weapon and what boons you had when you did it in the comments below.

Also, if you have any advice for farming Titan Blood – or any of the rare items in the game – we would love to hear it! You never know; you might help someone escape Hades, as well.