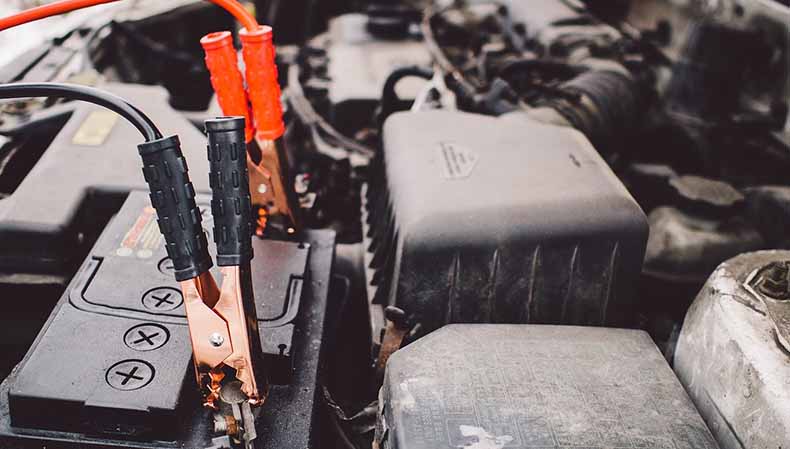 Nuveen is the $1 trillion global investment firm, a subsidiary of TIAA, which has confirmed to invest in Advanced Battery Concepts LLC (ABC), a pioneer in making a bipolar lead-acid battery. Battery Concepts has been efficiently working in cost-reduction and reduced hours of charging.

Nuveen’s Global Impact Fund has aimed to invest globally to contribute to climate change and inclusive growth. Nuveen has deployed more than $1 billion in funds over the last ten years. The current investment focuses on the resource efficiency of ABC.

Advanced Battery Concepts (ABC) has been working tirelessly on GreenSeal Technology to sustain in building relationships in new geographies. ABC, a Michigan-based company, has received an undisclosed amount of funds from the Series B growth equity funding.

ABC bipolar lead battery is significantly lighter than its competitor lead-acid battery. The more lightweight weight battery can conserve 20-30 gallons of gasoline every year. It has reduced charging time, 100% recyclable, and the life cycle lasts by 300%.

Tough, Tesla’s lithium batteries are lighter than ABC’s lead-acid battery. But, it is the leading battery manufacturer across the globe by giving lower prices than Tesla. It solves the current global need for energy storage as the whole world is advancing with electrified vehicles.

“The funds will be used to target key industry segments to showcase GreenSeal’s ability to participate in markets that traditionally lead has not had much success in, such as grid storage and LSEV. Our ability to have higher energy density with longer life and lower cost while still being 100% recyclable enables us to provide the critical storage devices that have been lacking in the grid storage industry till now.

“We will be not only working with our existing licensees to target these markets but new licensees who are interested in the GreenSeal technology. In order to be successful, we will be adding additional equipment and staff to ensure our success both in these target markets and the traditional markets our licensees are currently developing products for.”  ABC’s chief financial officer, Josh Joslin, told in an interview to the BEST magazine.

“If we are to tackle global sustainability challenges like climate change, we need to learn to live within our means.  ABC’s technology improves the performance, cost, and resource intensity of lead-acid batteries while preserving full recyclability.” as expressed by David Haddad, Co-Head of Nuveen Private Impact Investing.

“We are delighted to have gained support from a global investor like Nuveen. Its impact expertise and network will be critical for our next stage of growth, helping us build relationships in new markets and geographies.” as explained by Dr Edward Shaffer, Founder and CEO of Advanced Battery Concepts.

Leading automobile makers like Hyundai, Daimler, Jaguar, and Volkswagen anticipate colossal growth in the E.V. market and plan to invest heavily in next-gen battery ventures. According to Mercom Capital Group, total funding for battery storage, smart grid, and efficiency companies have surged to $858 million in the first half of 2020. According to the renewable energy world, the investment in battery ventures can rise to $620 billion by 2040. Sonnen and Pika Energy dealing with mergers & acquisitions in the battery sector have raised $169 million and $8.5 million, respectively. Primus Power, a leading manufacturer in the flow batteries, has raised $106 million. Meanwhile, another flow battery manufacturer Vinox Energy has raised $193 million.

Sweden’s Nilar Hydride has bagged a loan of up to $55.5 million from the European Investment Bank’s InnovFin Energy Demonstration program. Highview Power has awarded $43 million from Sumitomo heavy Industries and a $12.5 million grant from the U.K. Department for Business, Energy, & Industrial strategy for developing a 50MW/250+MWhcryogenic energy storage facility. The U.S. DOE allocated $19.8 million to Natron to augment the production of Natron’s Prussian blue electrode sodium-ion batteries by 30x as part of the ARPA-E-SCALEUP program.

U.S. Commission for Environmental Cooperation (CEC) has given a $1.7 million grant to Anzode. It will develop zinc-based batteries that can provide lithium-ion batteries alternatives. The California Energy Commission (CEC) funded a grant of $20 million for four projects to Invinity Energy Systems for developing long-lasting non-lithium energy storage.

Top conglomerates from automakers have emphasized that the current market is transforming from diesel/petrol vehicles into electric vehicles, and investing in next-gen battery ventures will benefit them.  Automakers giants and top billionaires like Jeff Bezos, Bill Gates, and Jack Ma have contemplated enormous possibilities in highly efficient battery manufacturing companies. Indeed, when the world has been witnessing electrification, then who will not invest in batteries ventures. Investment firms are leading in supporting tech-enabled battery ventures.

Nuveen has taken an extraordinary step to invest in Advanced Battery Concepts (ABC) for making batteries efficient in coming years. Leading investors and capitalists are looking for innovative design and the latest tech-enabled battery venture to sustain for the next 1o years. They anticipate a considerable benefit in the coming years—the undisclosed amount given to ABC to improve its battery efficiency and cut down charging hours. David Haddad, co-head of Nuveen private investing, has praised the long-lasting battery efficiency, lightweight, and reduced charging hours. Nuveen’s decision into ABC will further propel innovative technology that can cater to the world’s immense need for efficient batteries.