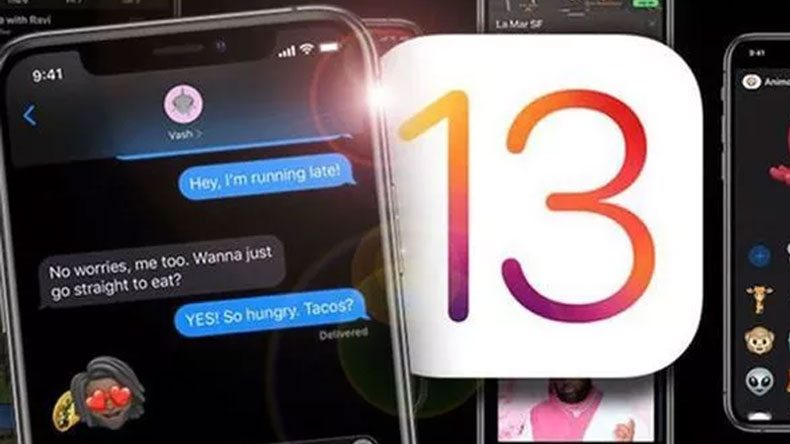 Apple announced iOS 13 in McEnery Convention Center in San Jose at WWDC Keynote address. This was the World’s most densely packed keynote till date. One of the many things they showed off on stage during that 2 hours+ event was the next version of iOS “iOS 13”. So, these are the best of those features that are coming to iOS for your future iPhone or maybe your current iPhone.

This was the most awaited feature of iOS 13 and this feature was the reason that most people did Jailbreak their iPhones. The default light colors of iOS can be blinding So now there is a system-wide dark mode. You can enable it from a control center and it turns all your stock apps, menus, widgets, notifications and everything dark. The dark background and light texts in the whole stock UI. But in all the third-party apps, you need to turn dark mode on by going to the particular app. So, if you want everything dark like YouTube, Twitter and all the rest, you have to toggle those yourself. But that quick toggle for UI is now super simple and easy to switch everything black. Apple also included some new fancy wallpapers to match with the new dark mode and when you turn dark mode on, the wallpaper also shifted to the dark mode. Also, if you don’t use one of these, you can turn on “dimming” by going to display setting. This dimming mode will dim you any wallpaper to match with the dark mode.

Photos UI is organized in a different way and get a bunch of new features. At the bottom of the photo’s app, you get different photo modes:

The stock keyboard in iOS 13 has swipe typing and that is the only new feature in the “New” Keyboard of iOS. You could do this with the third-party keyboards like Swipe and Google keyboard if you installed them in your iPhones in the past. But now it will be built in so, you can have all keyboard suggestions that you were used to, in one place. Google, swipe and other third-party keyboards had this feature about a decade now.

If two people hold their iPhones next to each other and then enable audio sharing, they can hear the same audio coming from a single iOS device. This could be useful if two people are watching the same video on one phone. It’s the best use of Bluetooth 5.0 and Bluetooth share could only be available for those Apple devices which have Bluetooth 5.0 built in. It’s shared wireless audio as iPhones stop including headphone jack in their phones. It seems like a pretty cool feature to have. I say “seems like a” because right now in beta 1 this feature is not working.

Apple made pretty bold claims about iOS 13 speed vs the already really fast iOS 12. This is a pretty minor thing it seems. Overall iOS 12 is already faster than its previous versions, especially on older devices. So, it’s a welcome free speed upgrade.

These were the main highlights of the event.

If the coming iPhone will have the 90Hz display like the OnePlus 7 pro, it will be dope.

Other Features of Apple iOS 13

Overall, it’s a welcome iOS update from Apple. Apple is working very hard to satisfy their loyal customers. Some of the other features that should be addressed in this article are: